Jennifer Vanilla is the entrepreneurial fantasy vessel and avatar-cultivation experiment LARPed* into reality by Becca Kauffman, a performance artist, vocalist, and voice over artist based in New York City.

Jennifer Vanilla is a noun, a verb, and an adjective all at once. Genre-fluid by design, JV is an all-purpose, multi-use substance well suited to both analog and digital realms. From music, art, and nightclub environments like MoMA PS1, Bowery Ballroom, Bruce High Quality Foundation, Bossa Nova Civic Club, Elsewhere; everyday places like public parks, natural landscapes, your neighborhood bar, and an undergarments shop in Burlington, VT; to web and broadcast-based experiences via the Earthcams of Las Vegas and Times Square, The Jennifer Vanilla Hour on Queens Public Television, and formal musical releases with producer Brian Abelson on Beats in Space Records, Jennifer Vanilla functions as an ecstatic compliment to the social complexities and emotional challenges of daily life.

Jennifer is famous. She has been a self-appointed Artist in Residence in both Hollywood and Times Square, and has toured coast to coast to share stages with Yaeji, Of Montreal, Carrie Brownstein, YACHT, Cindy Wilson of The B-52's, Miho Hatori, Dynasty Handbag, Sateen, Helado Negro, Mr. Twin Sister, comedians Julio Torres, Ana Fabrega, Lorelei Ramirez and Jaboukie Young-White.

A contempo clown who uses attention as her business model, she'll sell you back to yourself for free. 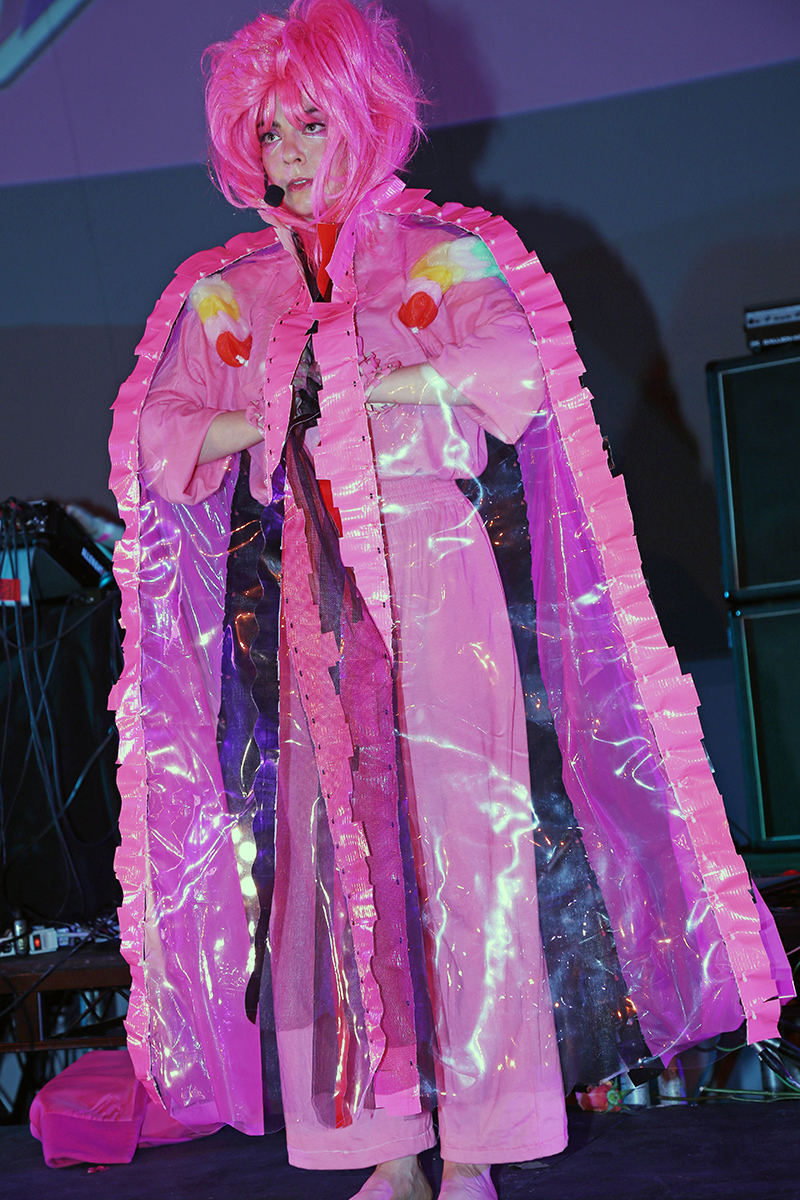 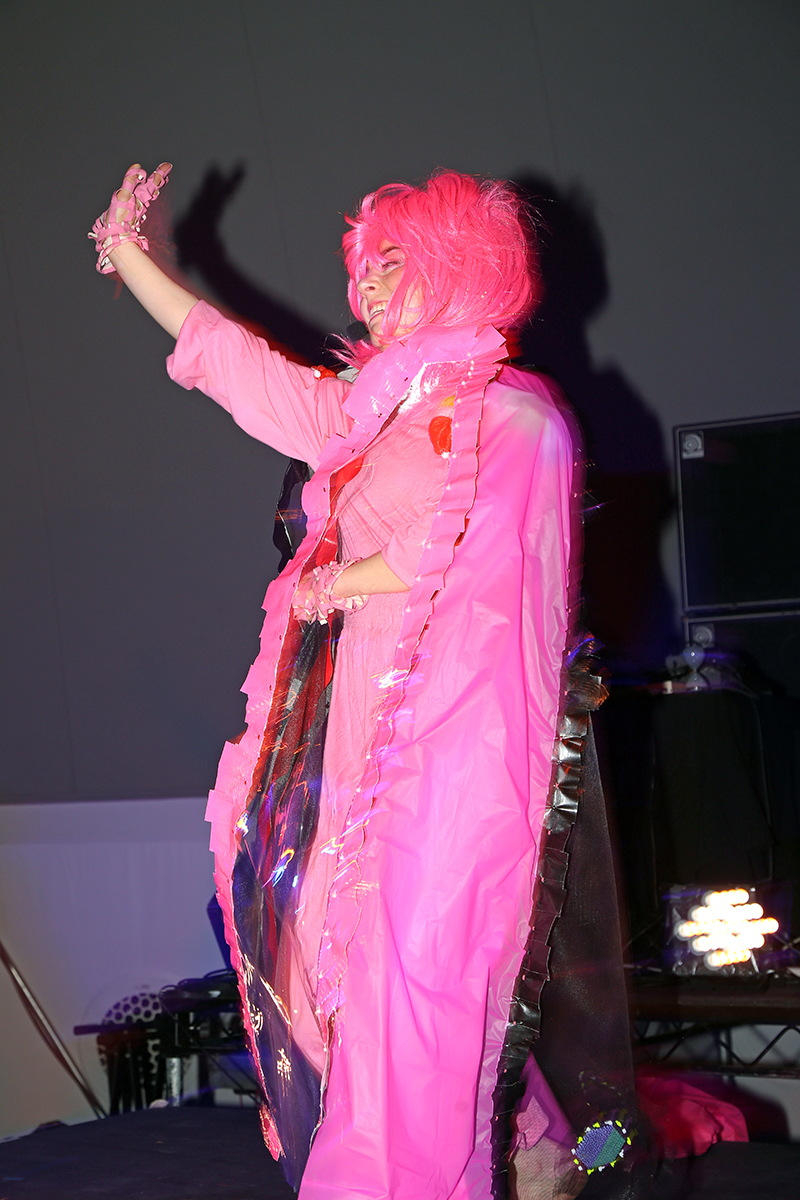 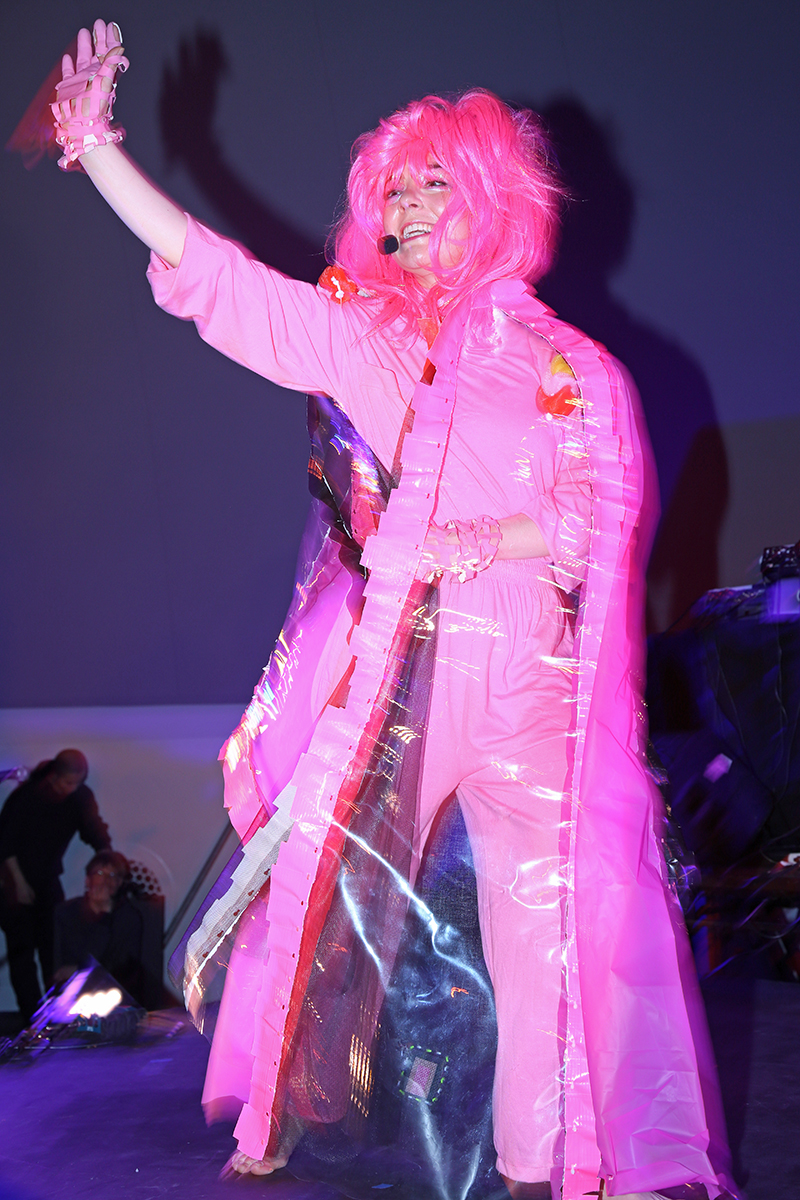 Becca Kauffman is an MFA candidate in Art and Social Practice at Portland State University. As a member of the musical group Ava Luna for ten years, she co-wrote and recorded four albums, sang and played guitar and synth at hundreds of shows and festivals across North America, Europe, and Japan, and directed music videos, photo shoots, and promo campaigns. She is a voice over artist who has lent her voice to awards shows, phone greetings, antidepressant commercials, Independent Film Channel, MTV, cleaning products you've definitely heard of, and an elevator somewhere in Canada.

JVL@b, aka Jennifer Vanilla: Live at the Bar, was an experiential performance laboratory that took place monthly in the secret ballroom of The Windjammer Bar in Ridgewood, Queens. Active 2017 through 2018, it was at once an incubator of the avatarial arts and a community engagement project, inviting contemporary performance artists to participate in themed, one-time-only, Jennifer-tinged theatrical experiments within the unlikely setting of JV’s neighborhood watering hole.

Every JVL@b was filmed live for broadcast on Queens Public Television for The Jennifer Vanilla Hour. Episodes can be viewed at youtube.com/jennifervanillatv.

Jennifer! Alive With Pleasure, a variety showcase in-the-round with Jennifer at the central control panel, culminating in a haircut given to her by the audience, one snip at a time. Featuring Sophia Cleary, Sarah Squirm, Ellie Macinnes, Lambda Celsius.